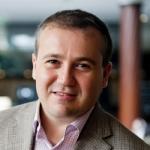 Dr. Demirci has published over 120 peer reviewed publications in journals including PNAS, Nature Communications, Advanced Materials, Small, Trends in Biotechnology, Chemical Society Reviews and Lab-chip, over 150 conference abstracts and proceedings, 10+ book chapters, and an edited book. His work was highlighted in Wired Magazine, Nature Photonics, Nature Medicine, MIT Technology Review, Reuters Health News, Science Daily, AIP News, BioTechniques, and Biophotonics. He is fellow-elect of the American Institute of Biological and Medical Engineering (AIMBE, 2017). His scientific work has been recognized by numerous national and international awards including the NSF Faculty Early Career Development (CAREER) Award (2012), the IEEE-EMBS Early Career Achievement Award (2012), Scientist of the year award from Stanford radiology Department (2017). He was selected as one of the world’s top 35 young innovators under the age of 35 (TR-35) by the MIT Technology Review at the age of 28. In 2004, he led a team that won the Stanford University Entrepreneur’s Challenge Competition and Global Start-up Competition in Singapore. His work has been translated to start-up companies including DxNow, KOEK Biotechnology and LEVITAS. There has been over 10,000 live births in the US, Europe and Turkey using the sperm selection technology that came out of Dr. Demirci's lab. He has been cited over 2500 times within the last two years (H index, 48).

The Demirci Bio-Acoustic MEMS in Medicine Lab (BAMM) specializes in applying micro- and nanoscale technologies to problems in medicine at the interface between micro/nanoscale engineering and medicine. The aim is to apply innovative technologies to clinical problems. The major research theme focuses on creating new microfluidic technology platforms targeting broad applications in medicine. In this interdisciplinary space at the convergence of engineering, biology and materials science, novel technologies for disposable point-of-care (POC) diagnostics and monitoring of infectious diseases, cancer and controlling cellular microenvironment in nanoliter droplets for biopreservation and microscale tissue engineering applications are created. These applications are unified around existing expertise to test the limits of cell manipulation by establishing microfluidic platforms to provide solutions to real world problems at the clinic.

Designes, Awards and Patents:
Basic Scientist of the Year, Department of Radiology, Stanford School of Medicine (2017)